Curvy model, Amber Rose, who is pregnant with her second child is reportedly suffering from hyperemesis gravidarum.

According to TMZ,  the 35-year-old model who is expecting a baby boy is due in October had to be hospitalised due to the condition, which is a form of extreme morning sickness.

A source said Amber spent a few days at Cedars-Sinai Medical Center where she was given IV treatments because she is losing weight and throwing up constantly.

The insider added that despite the medical woes, Amber and her boyfriend, Alexander “AE” Edwards, are thrilled about having their first child together, despite the fact the pregnancy wasn’t planned.

This will be Amber’s second child, as she also has son Sebastian, aged six, with ex-Wiz Khalifa.

Amber revealed her pregnancy last week as she shared a snap of herself getting her Sonogram at the doctor’s office. 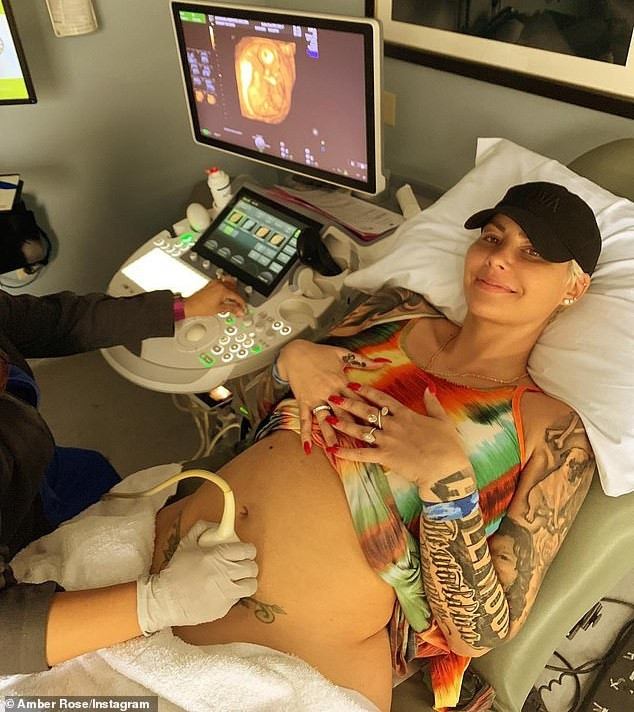 The beauty’s caption read, ‘AE and I are SUPER excited to announce that we have a Sweet little Baby Boy on the way!’ She added, ‘P.S Sebastian is soooooo Happy to be a big brother!’ T

Edwards is a Def Jam Records executive and the two have reportedly been dating since October 2018.