Amnesty International has been accused of coordinating the planned nationwide protest under the theme ‘Days of Rage’ with the aim of triggering war in Nigeria.

Some Nigerians have concluded plans to embark on a nationwide Revolution protest to demand what it termed to be a better Nigeria.

However, Concerned Citizens Conference of Nigeria said the planned protest is the brainchild of Amnesty International just to destabilize the unity of Nigeria.

The group said Amnesty International was exploiting members of the group as primers to trigger the destabilization of Nigeria, which is an agenda it has been trying to implement for a long time.

Hon. Samuel Adadu, National Presdient of the group, who spoke at the declaration of a 7-day nonstop protest to demand that Amnesty International leaves Nigeria, said the convener, Omoleyte Sowore, IMN, IPOB and their co-travelers in the planned violence are all united by one factor, their connection with the People’s Democratic Party (PDP) with its candidate that was defeated in the last presidential election, Alhaji Atiku Abubakar. 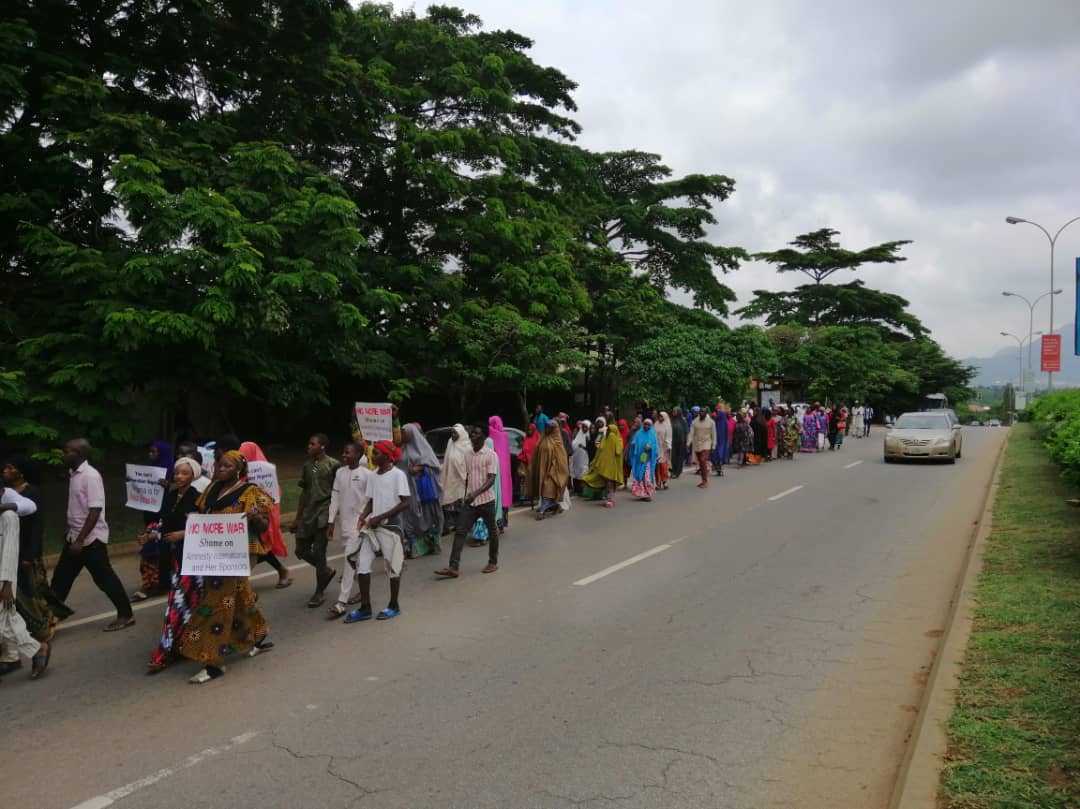 The group called on the Federal Government and the law enforcement st expel Amnesty International from Nigeria before August 2, 2019.

The statement reads below:

We have as a matter of discipline resisted reacting to the so called “RevolutionNow Movement” convened by one Omoyele Sowore. We have since found out that Sowore, a former presidential candidate of the African Action Congress (AAC), suffers such credibility crisis that his own party suspended him for “anti-party activities, misappropriation of funds and inability to convene the National Executive Committee (NEC).” This tells you a lot about the character of the man leading a supposed revolution: one who is not loyal to his party and can never be loyal to Nigeria; one who steals even from his own party and is desirous of accessing the public treasury; and one who is incapable of managing a party he leads but is eager to mismanage Nigeria. 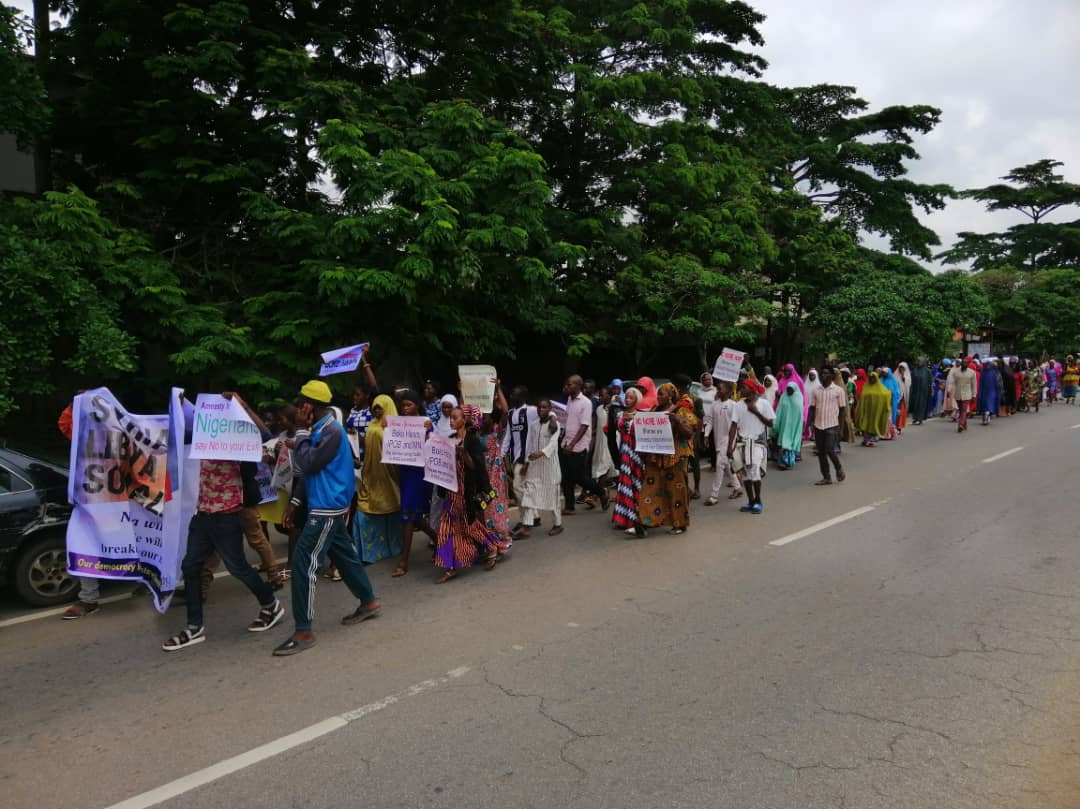 Sowore, IMN, IPOB and their co-travelers in the planned violence are all united by one factor, their connection with the People’s Democratic Party (PDP) with its candidate that was defeated in the last presidential election, Alhaji Atiku Abubakar. They have all enjoyed funding and material support from him. It is no coincidence that the criminal demands that they had each in the past made differently are now harmonized as a group of demands RevolutionNow Movement. The demands are also consistent with the predictions of how Atiku will destabilize the country to precipitate the formation of an interim national government.

The tantrums of these failed entities and individuals have proven inconsequential, which was why we had concluded that reacting to their gripe would have amounted to giving them relevance and promoting them. They know not to break the law as there are ample provisions by way of legislation and judicial processes to address whatever crimes are committed in the course of them pursuing their illegality. 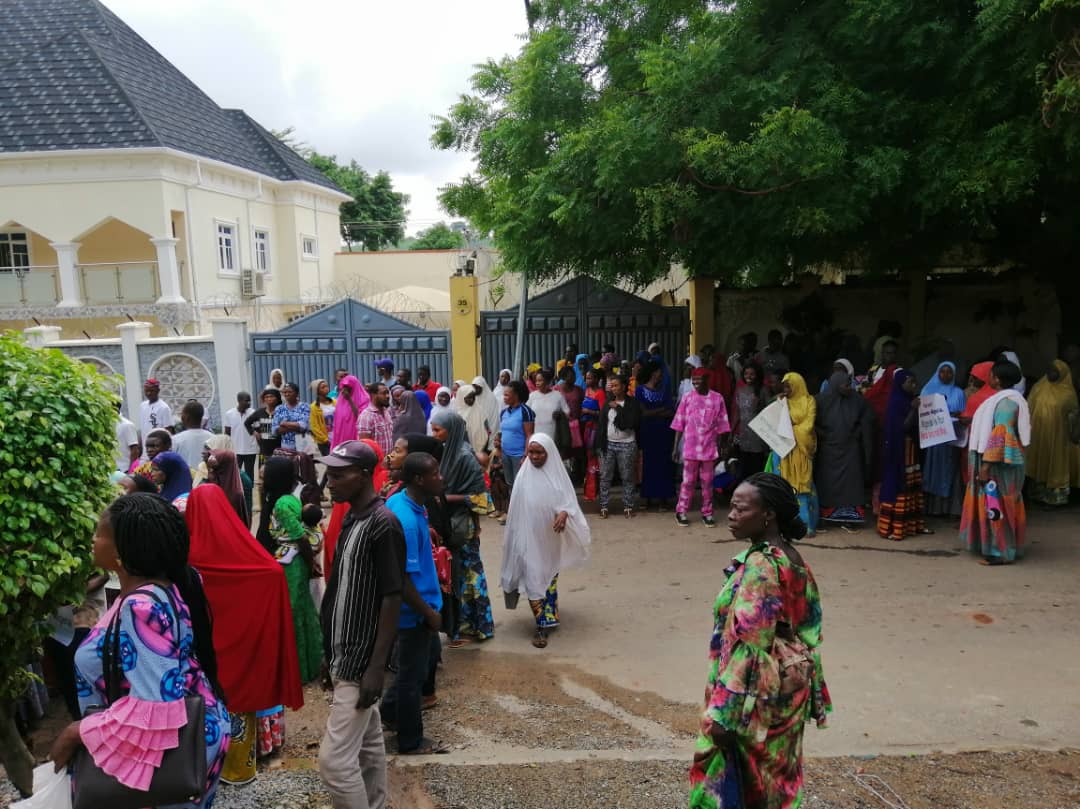 Our discovery that these individuals and organizations are in reality proxies for a foreign interest, Amnesty International, has altered the dynamics. Amnesty International is exploiting them as primers to trigger the destabilization of Nigeria, which is an agenda it has been trying to implement for a long time. The long term support that the international NGO has given to Boko Haram, Islamic State West Africa Province (ISWAP), IMN, IPOB and other criminals in Nigeria is meant to culminate in the meltdown to be caused by the RevolutionNow Movement.

Amnesty International has been running social media campaigns in support of the protests, which is in addition to its trying to blackmail the Federal Government of Nigeria into not responding to the threats posed by protests being organized by the terrorists and scammers.

The Federal Government and the law enforcement agencies should not that the only way to stop our protest is if they successfully expel Amnesty International from Nigeria before August 2, 2019. We will not at this time announce what will happen if the NGO is not out of Nigeria at the close of the 7-Day #ExpelAmnestyInternational Protests since that will be premature. But we are confident that the protests will be so intense and effective that the nuisance group would have left Nigeria before we are done. 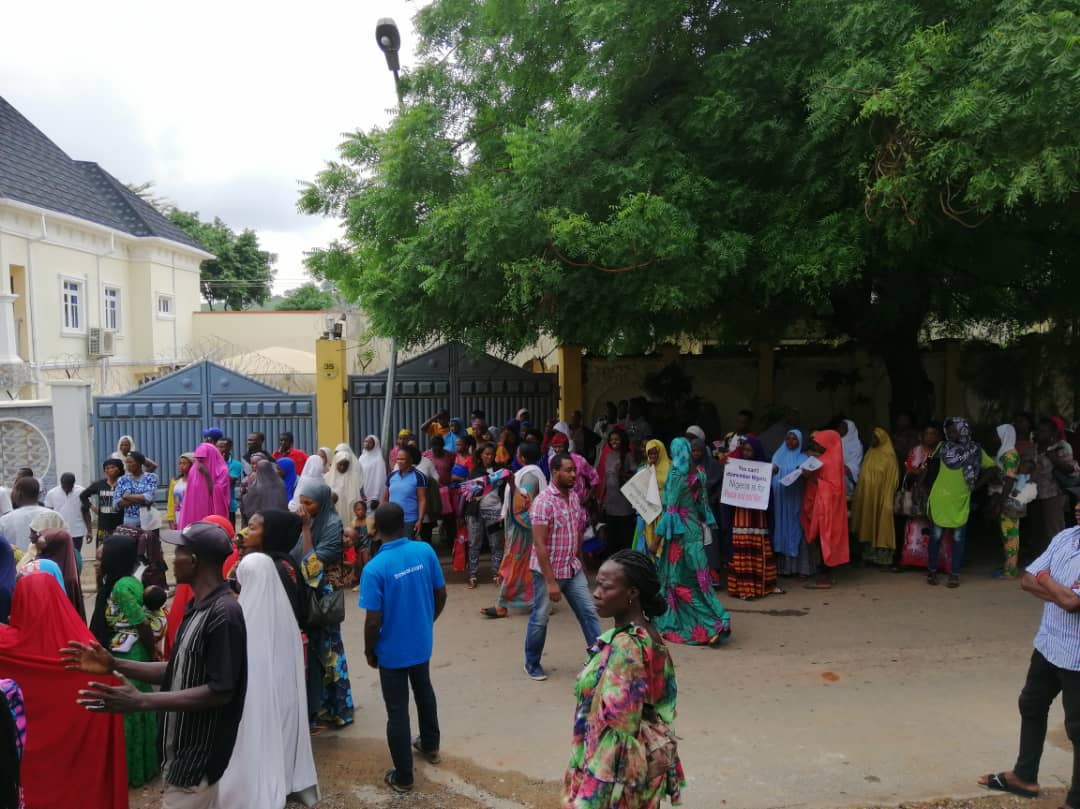 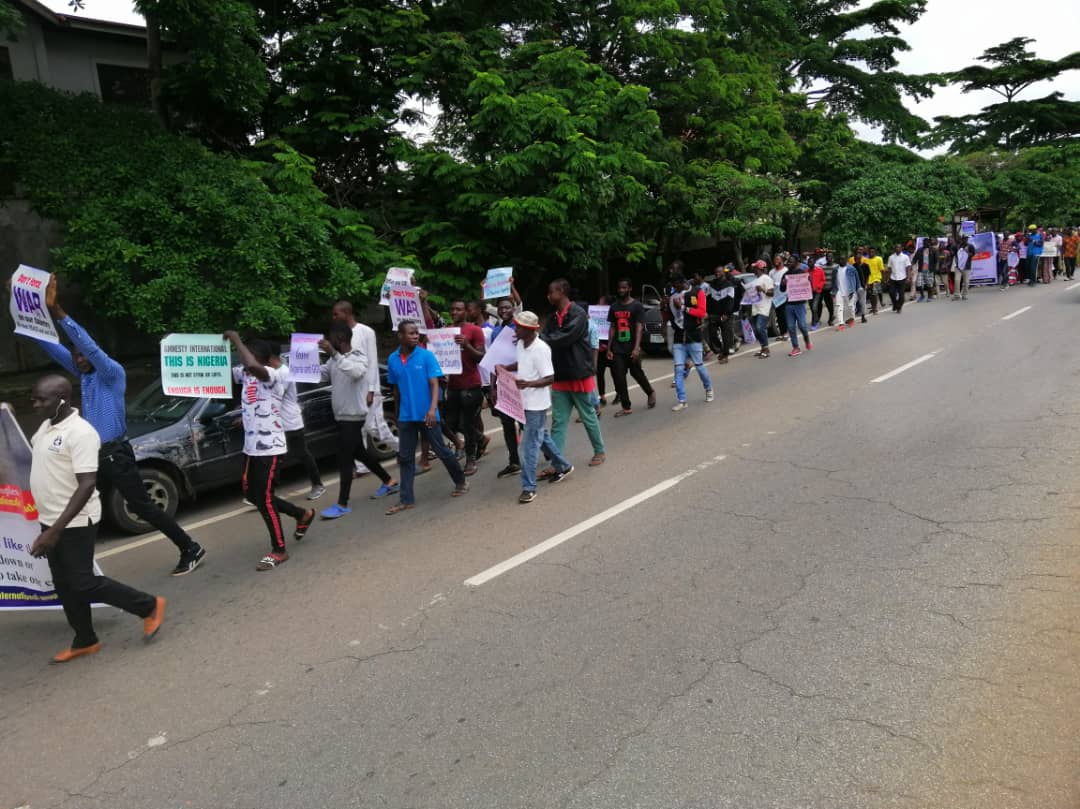 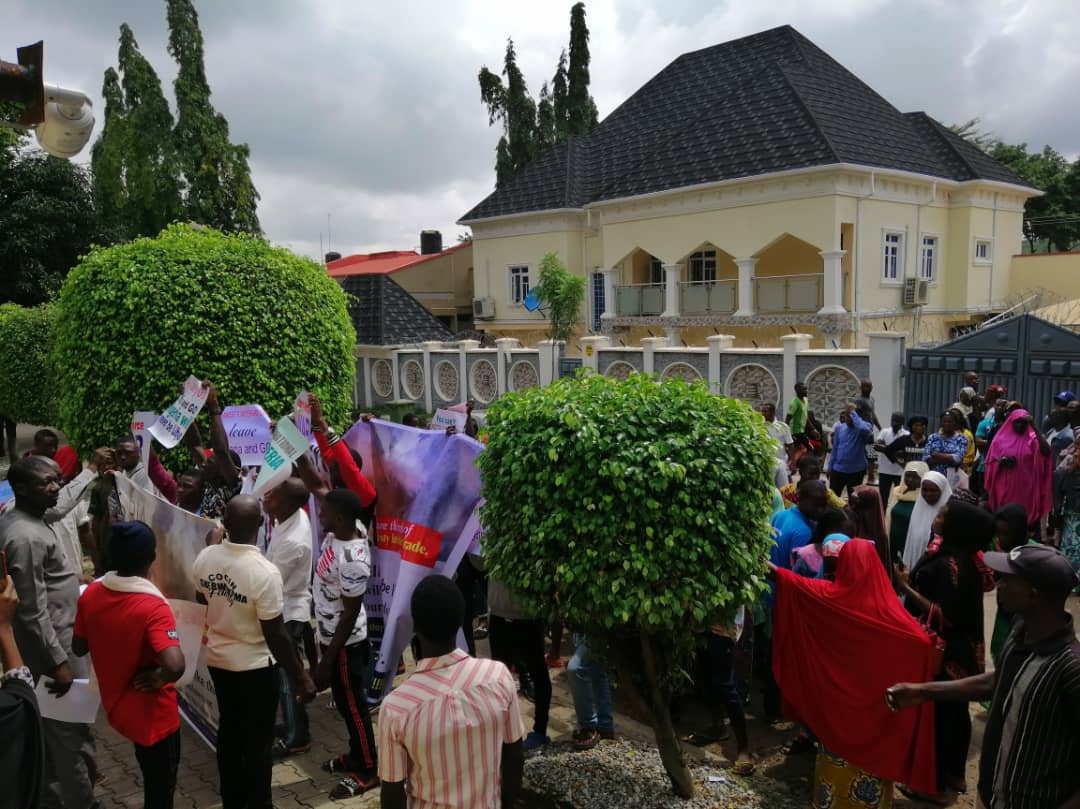 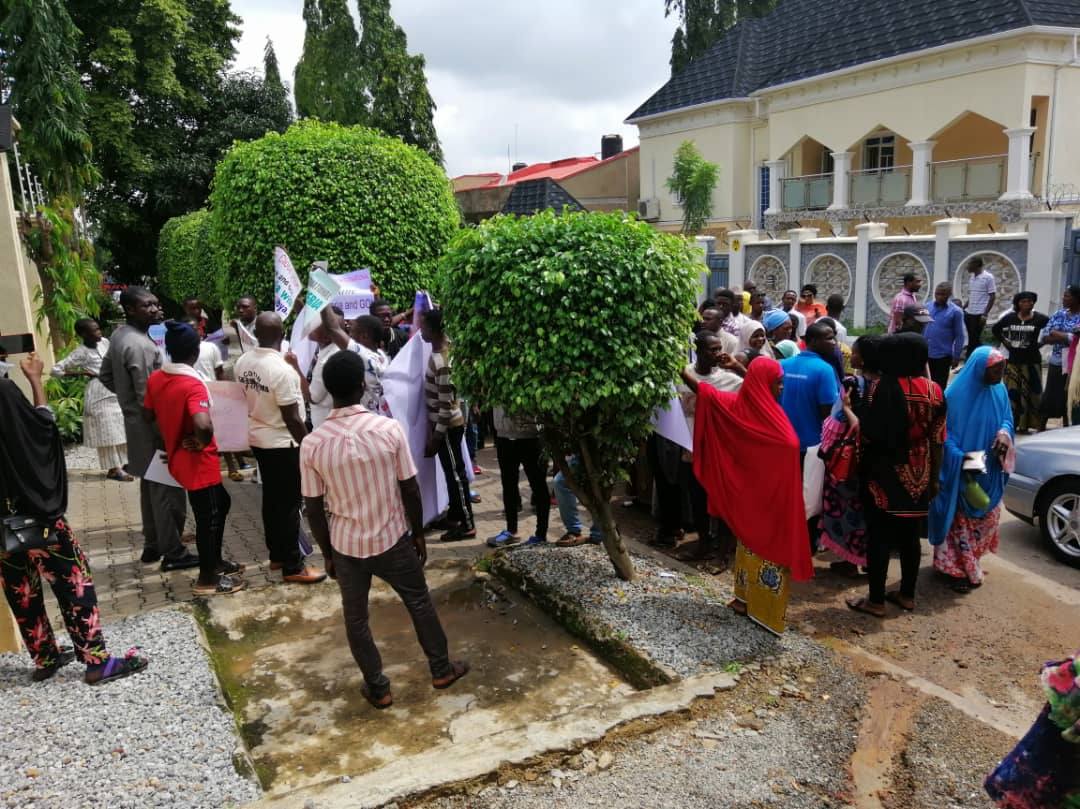