A chieftain of the All Progressives Congress (APC) in Kebbi state, Alhaji Farouk Umar Dan Tabuzuwa, and his wife, Hajiya Nasara Faruku, have lost their lives in a fire outbreak that occured in their home on Sunday, March 31st, in Birnin Kebbi.

Umar and his wife who was the executive secretary primary school pension Board, were burnt to death in the inferno that started very late at night. The couple have been laid to rest, according to Islamic rites.

The funeral prayer was led by the chief Imam of Emir’s of Gwandu jumma’at mosque limam and attended by many dignitaries in Kebbi. 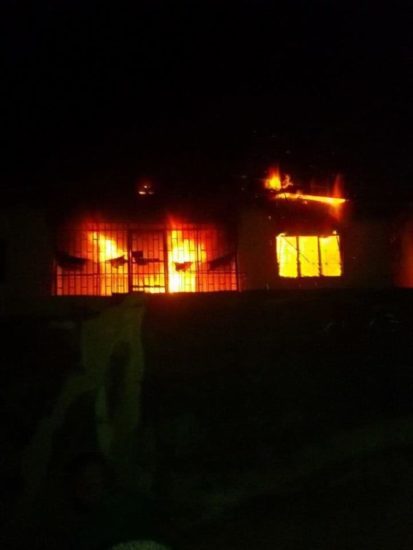