Nigerians have attacked a beautiful lady who was spotted dancing Naira Marley’s controversial song  ‘Soapy’ in a club. The lady who was on a skimpy dress was pictured rocking a low cut while dancing Soapy unashamedly.

According to comments of a video shared on Instagram,  a lot of Nigerians expressed their displeasure after the video went viral. The curvy young lady came under fire after  dancing to Naira Marley’s controversial ‘Soapy’ which many considered as a dance for only guys.

Tough she ‘killed’ the dance moves, but many condemned her for engaging in such ‘disgusting’ dance. Some ladies said they would never be caught dancing ‘Soapy’. Others blamed the controversial rapper for promoting moral decadence by releasing such despicable dance which add no moral value to the society at large. See more of the reactions below; 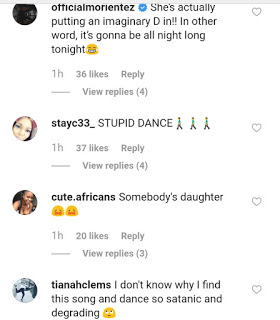 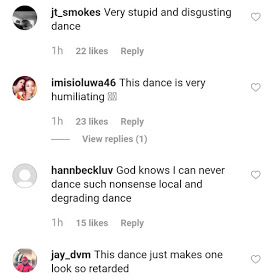 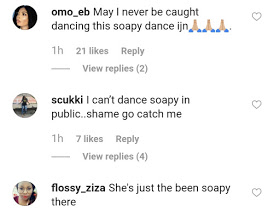 If you would recall, the controversial rapper, Naira Marley released the most anticipated video, ‘Soapy’ on the 11th of August 2019. The video which has garnered over a million views on youtube less than a week since its official release is becoming one of the fast-rising dance styles in the music industry.

Since the song was dropped by the singer, a lot of the Nigerian audience have out-rightly condemned the dance style. One prominent voice who calls out the Nigerian rapper for putting out such music is the Guinness book of record dancer Kaffi.