The Nigerian Customs Service has intercepted truck-loads of banned drugs including tramadol and other illicit drugs worth N5 billion in Lagos.

Joseph Attah, the spokesman for the service conducted newsmen round a warehouse where the trucks of the intercepted items were parked at the Ikeja Training College of the service. Attah said the Comptroller-General of Customs Strike Force in Zone ‘A’ stumbled on the contraband.

According to him, the smugglers believe that festive period is a time of merriment and less vigilance, “but our officers intercepted the illicit drugs as the smugglers attempted to move it from Lagos to other parts of the country’’. 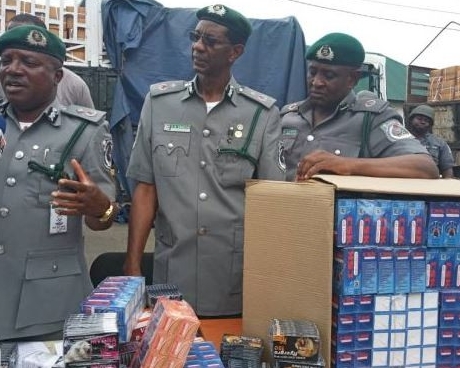 “On Aug. 13, at about 2 a.m, operatives of the Headquarters Strike Force Zone A intercepted a truck laden with dreaded codeine, tramadol and other controlled pain killers along Maryland, Ikeja road.

“The intercepted trailer contains illicit drugs and was immediately brought to the attention of the team leader of the force, Assist. Comptroller of Customs Usman Yahya, who deepened preliminary investigation that led to the discovery of a warehouse along Oshodi-Mile 2 road.

“The warehouse was stocked with tramadol, codeine and other unregistered pharmaceutical products without the National Agency for Foods Drugs Administration and Control (NAFDAC) number,” Attah said. 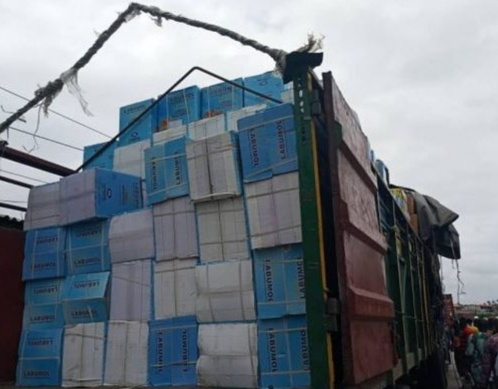 He said the warehouse was immediately sealed with a detachment of well armed officers to guard the place. Attah said the Comptroller-General of Customs (CGC), Col. Hameed Ali (rtd), had already directed a thorough investigation with a view to bringing all those connected to the drugs to justice.

He said that evaluation of those intercepted drugs had commenced, adding that a suspect who happened to be the truck driver was apprehended and in custody for judicial process.