An eye witness who spoke to Cross River Watch, said that the incident happened in the early hours of Wednesday August 14.

“Just this morning, he snatched hand bag from a woman who was going to her business along Utibe by New Airport. He was with jaz (charms, talisman) on his waist which prevented the people from beating him.

“He actually escaped into a moving Keke but the driver didn’t know he drove him to the next street, Usoro. Them burn am close to Utibe street by New Airport.

The Keke man had to jump off the keke soon as he discovered that he is a thief, which give way to the street boys.” he said”

See the body of the deceased alleged thief below; 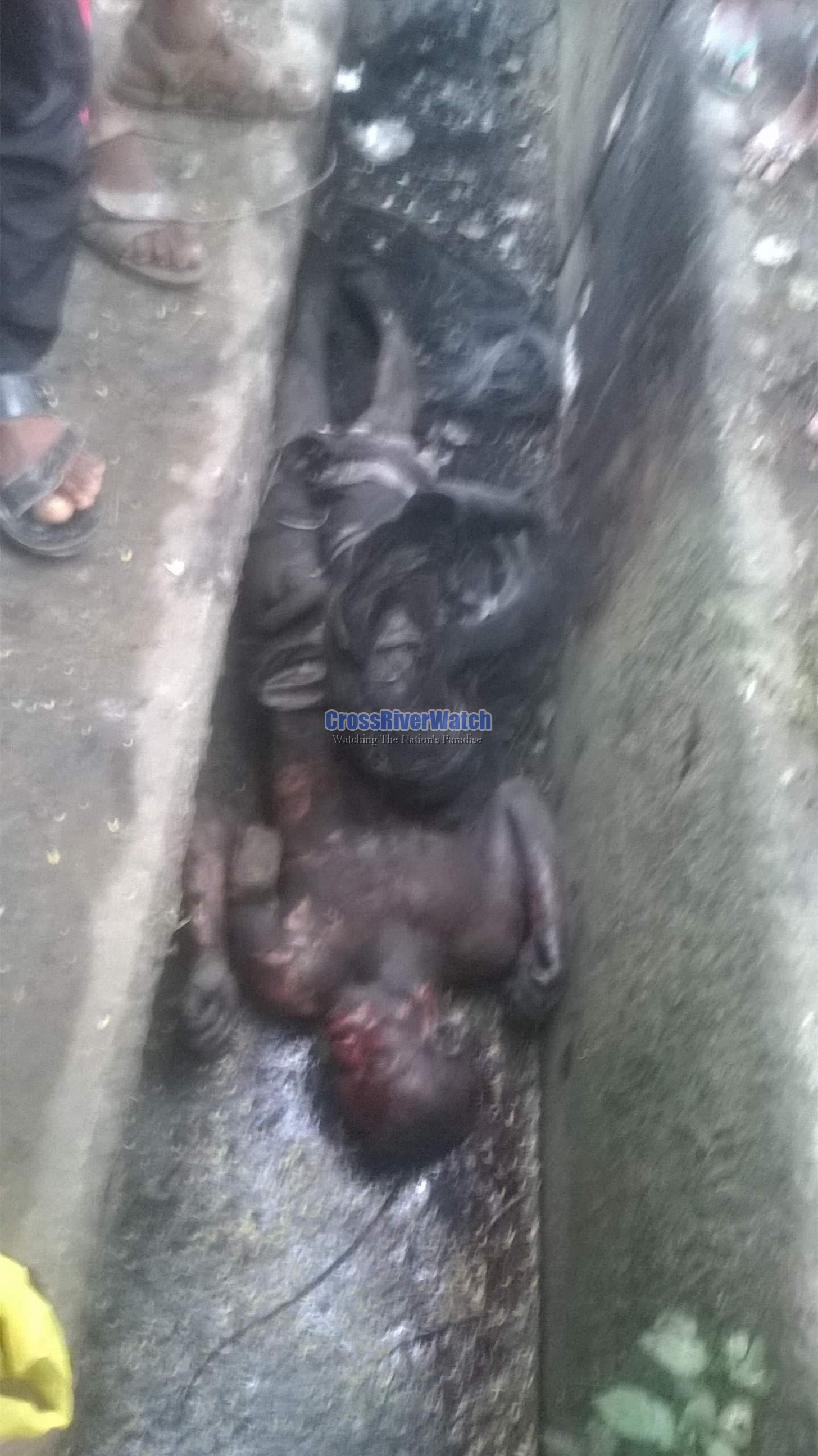 In other news, the Niger Command of the Federal Road Safety Commission (FRSC), on Wednesday said 25 persons were killed in 10 road crashes in different parts of the state during the Eid-el-Kabir celebration.