Popular Nigerian relationship expert, Joro Olumofin, has shared the story of a furious man who contacted him over claims that he caught his wife sending her nude photos to her boyfriend who promised to buy her an iPhone 11.

According to the story which the relationship expert made public via his Instagram page, the man said he and his wife were still fasting when he made the shocking discovery.

The man added that he discovered the nude after his wife forgot her phone at home.

The man went on to share a screenshot of the wife’s Whatsapp chat with the said boyfriend which included the nude photos.

Read the full story and images below: 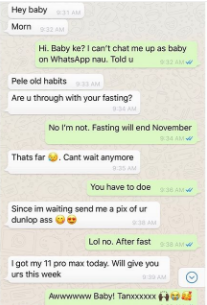 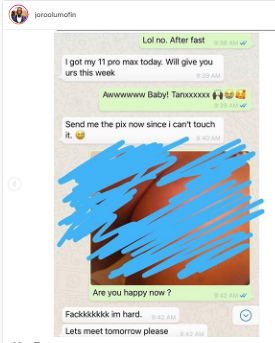 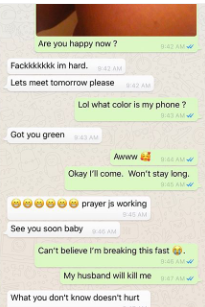 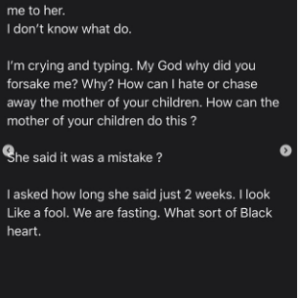