Mercy Aigbe has appealed to actor Adeniyi Johnson, to allow the past to be in the past as his ex-wife and colleague, actor, got engaged and welcomed a baby boy with fellow actor, Kolawole Adeyemi.

Mercy and Toyin had a spat on IG in June 2018. Trouble started when Mercy went to congratulate Toyin’s ex-husband, Adeniyi Johnson’s fiancee, Seyi, on their upcoming wedding.

This did not go down well with Toyin who called Mercy an ”Alabosi oshi” and also insinuated that Mercy played a part in the crash of her marriage to Adeniyi. Toyin later apologized for her outburst.

Mercy in a post shared on her IG page this morning, expressed how proud she is of Adeniyi who congratulated Toyin on her wedding and the birth of her son.

Dear @adeniyijohnson I am proud of you!…..May the lord continue to lead us all in the right paths and bless all our endeavors in Jesus Name! And I say let the past be past, Let love lead 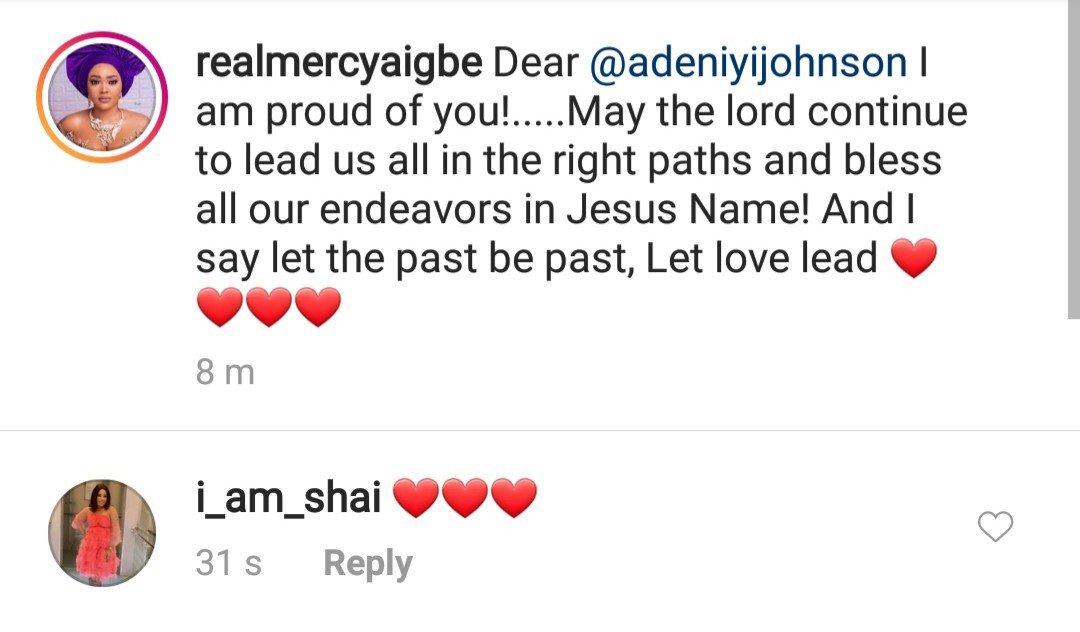 In response to her post, the Nollywood actor, Adeniyi Johnson, expressed that he had nothing against Mercy as he joking called her “Mercy of God”.

Awww…Aunty mercy of God ..you sha know I love u..