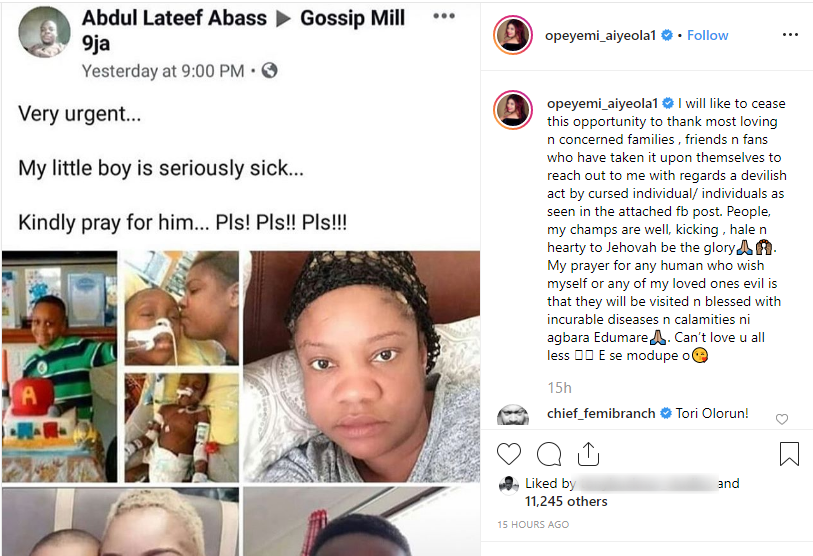 The Yoruba actress, who called on friends and well-wishers to stop calling her, also stated her thanks for their love and support.  Aiyeola explained that someone had shared a photo of her son when he was sick some years back, claiming that the boy is currently sick. She debunked the claim, saying that he is hale hearty.

Check out the video below:

According to the actress, her son fell ill during a trip to France some years ago. She noted that he was treated and he regained his health. The actress also cursed out the people who started the rumour about her son. She shared a video of herself and her son to prove that he is well.

Check out the video below: