According to activist, Israel Joe, pictured above with her, Stella had gone to see her grand father when the suspect dragged her into his house in Ovwian while scaring her with a knife.

The suspect was said to have been aided by his friend who stood at the door and watched while the defilement was going on. Stella later found out that she got pregnant due to the rape.

A petition has be written and duly received by the Burutu Area Police Commander for the suspect to be apprehended and charged to court. 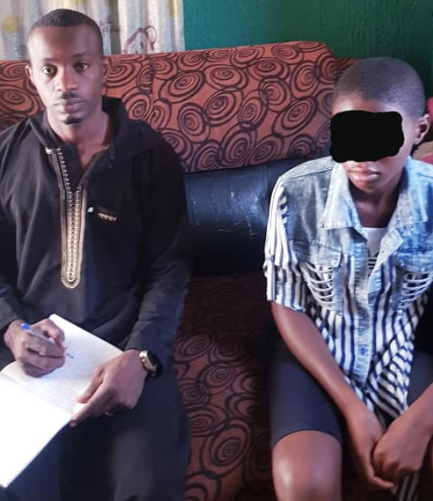 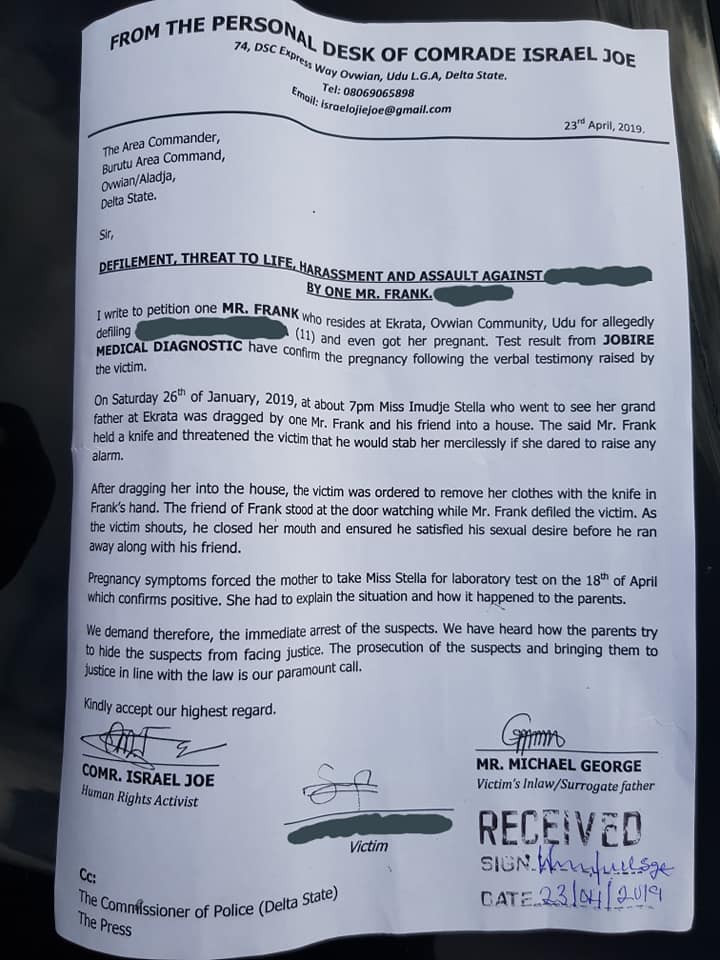