A UNIPORT graduate and prospective Corps member identified as Chijim, was allegedly shot dead by a trigger-happy policeman in Port Harcourt,  Rivers State on Monday night.

A family member, Ojims Michael, who confirmed the incident, said Chijim was preparing for his one year mandatory national youth Service next month

“My inlaw, a young man that grew up with my family and is so clean and stainless to the point the children in the house call him “hypo”, a Uniport graduate, not a cultist, never looks for anyone’s trouble a boy that’s supposed to go for youth service this September was gunned down last night by a trigger happy policemen for no reasons, now they are claiming accidental discharge.

If We humans can’t fight back,the GOD will fight this battle for his family.” 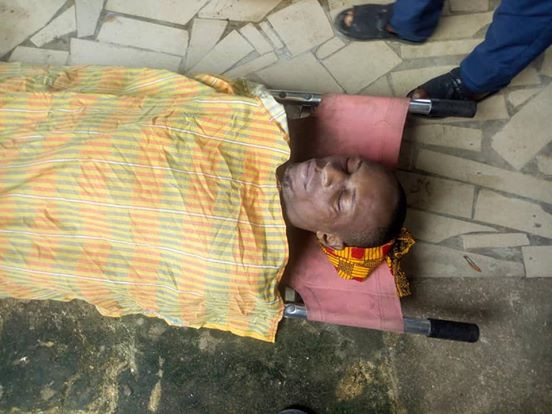 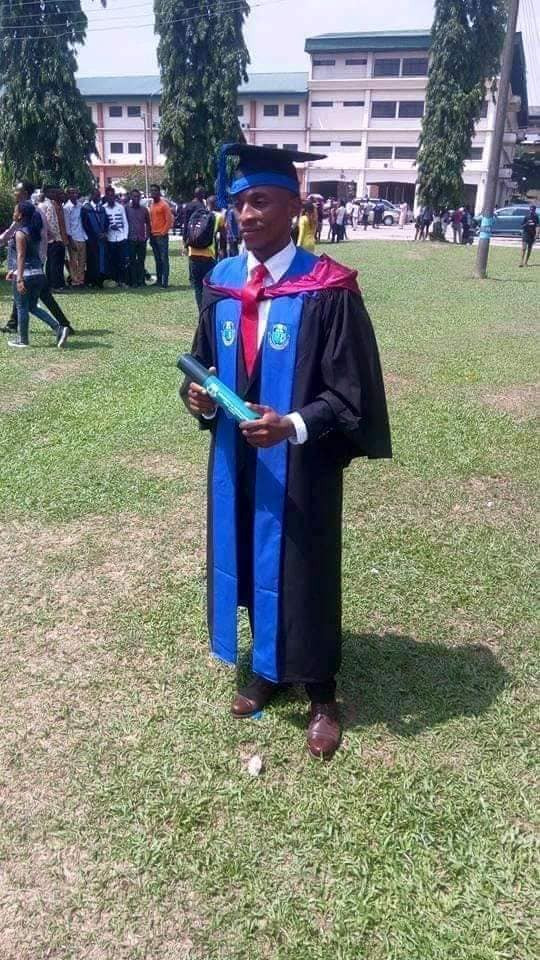 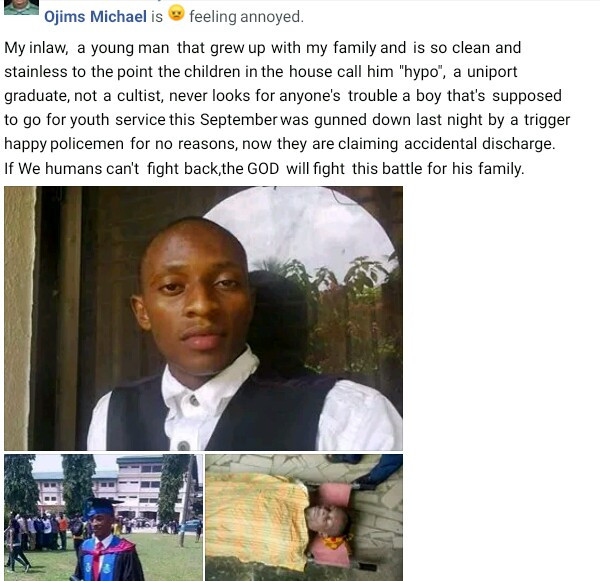