Officers of the Delta State police command, on Thursday, rescued a lady from men suspected to be ritualists, kidnappers or internet fraudsters otherwise known as ‘Yahoo Boys’ – who allegedly tried to abduct her in Asaba

The lady was said to be returning from Ogbegonogo market when she boarded a tricycle. Two young men later joined her from both sides, leaving her in the middle.

Trouble, however, started when the rider refused to stop at the victim’s destination, forcing her to raise an alarm that attracted some policemen who gave them a hot chase and eventually rescued the girl and arrested the suspects.

An eyewitness said one of them in a bid to disappear threw a ring suspected to be magic ring in his mouth and attempted to vanish but the Police diffused the charm.  Irate youths who gathered at the scene made efforts to go on jungle justice but the police prevented them. 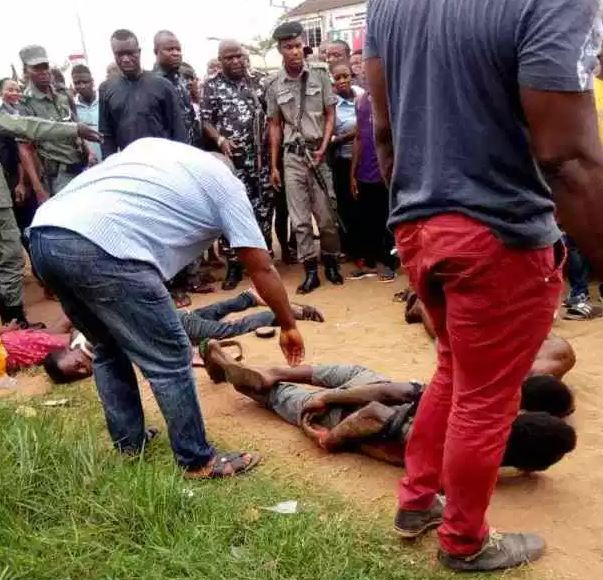 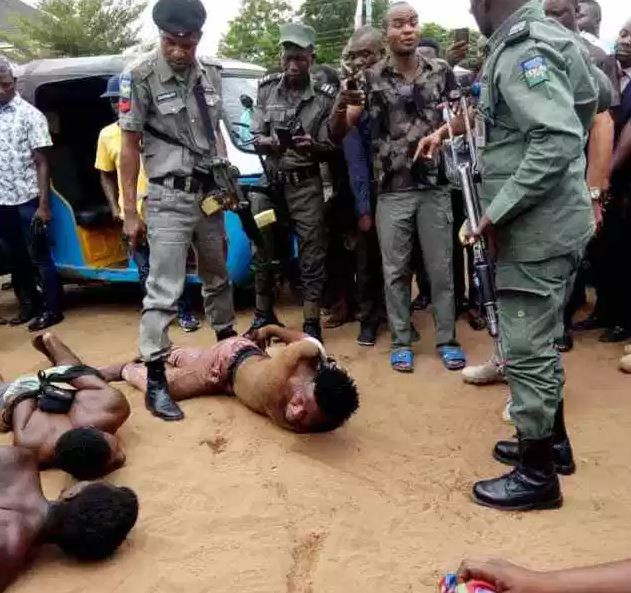