In continuation of its onslaught on Boko Haram/ISWAP terrorists, the Nigerian Army has embarked on a victory tour around recaptured communities.

The gallant troops were pictured enjoying a smooth sail from Sambisa to Damboa and Alagarno all in Borno State.

In one of the photos which has gone viral on social, the troops showed ingenuity, displaying tactical engineering to improvise a fording raft.

This comes after the troops of Sector 3 supported by the Air Task Force (ATF) successfully repelled an attack on Gubio in Gubio LGA of Borno State.

No fewer than 50 civilians held hostage by the criminals were rescued during the encounter.

The troops continue to dominate the area with fighting/clearing patrols, ambush, raids as well as cordon and search operations. 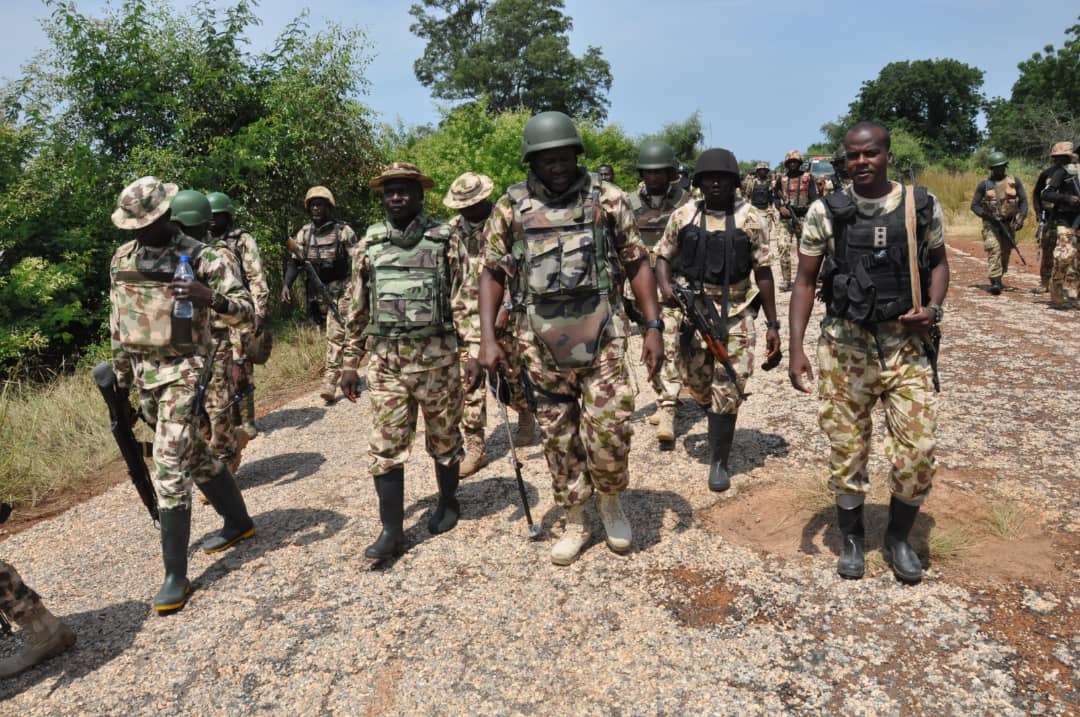 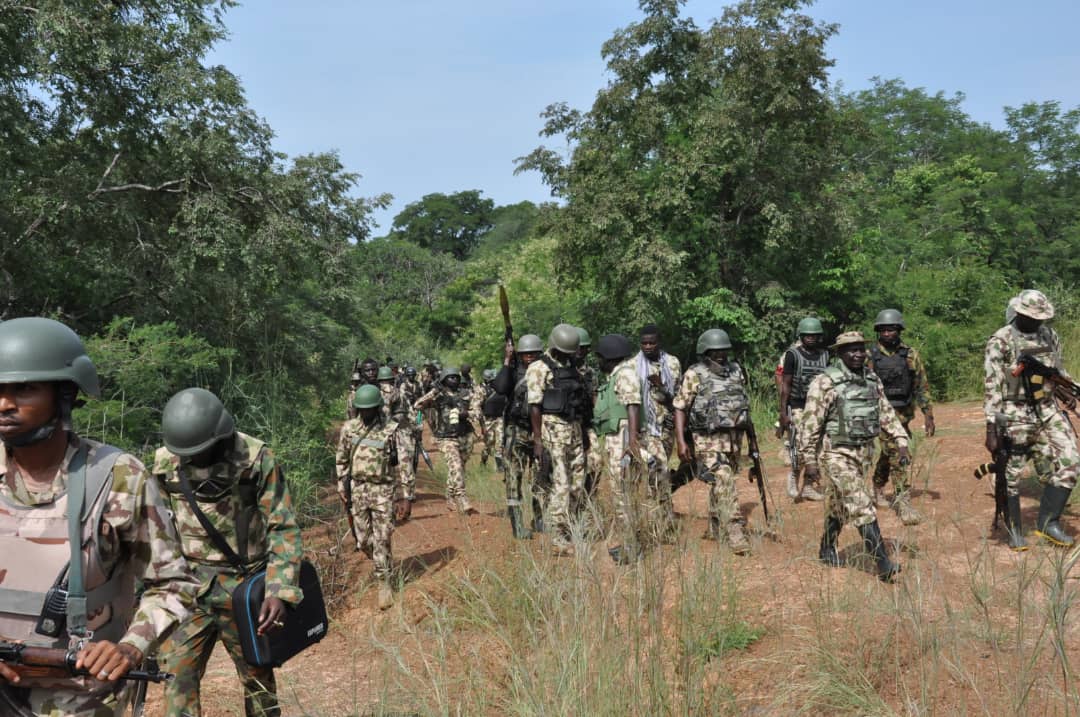 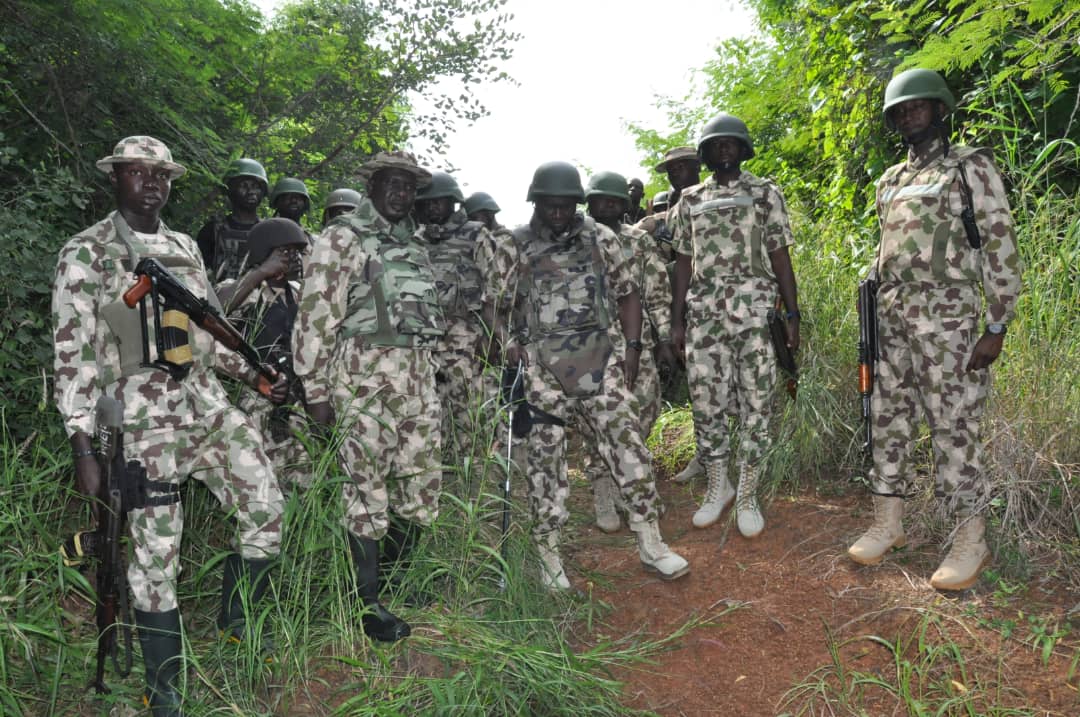 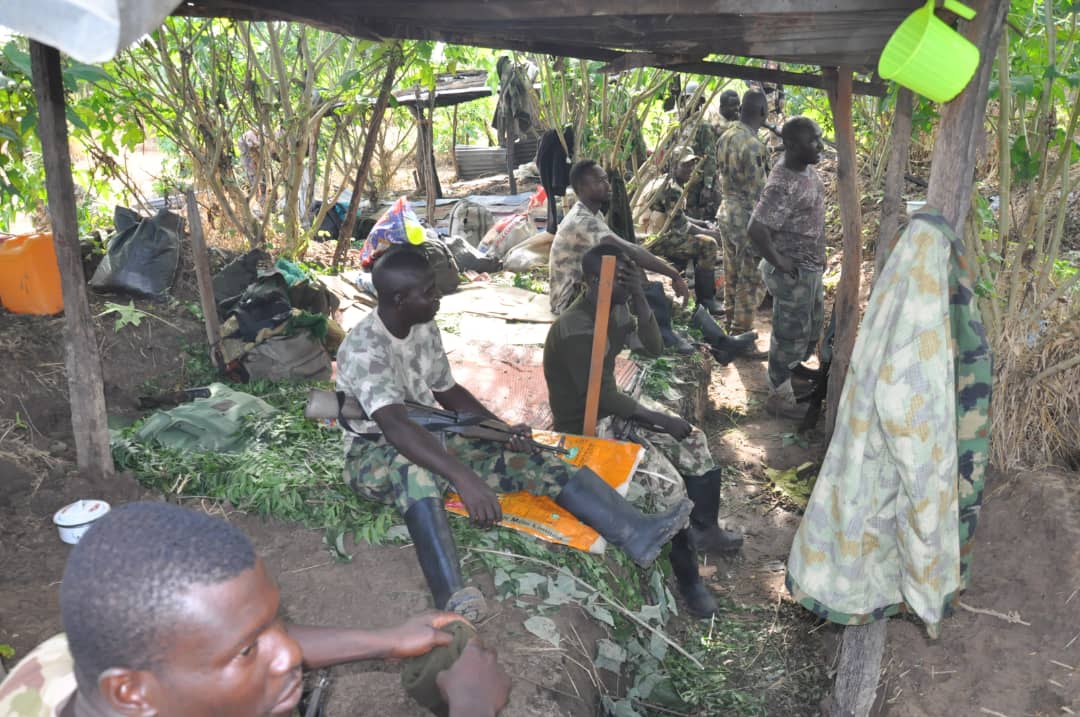 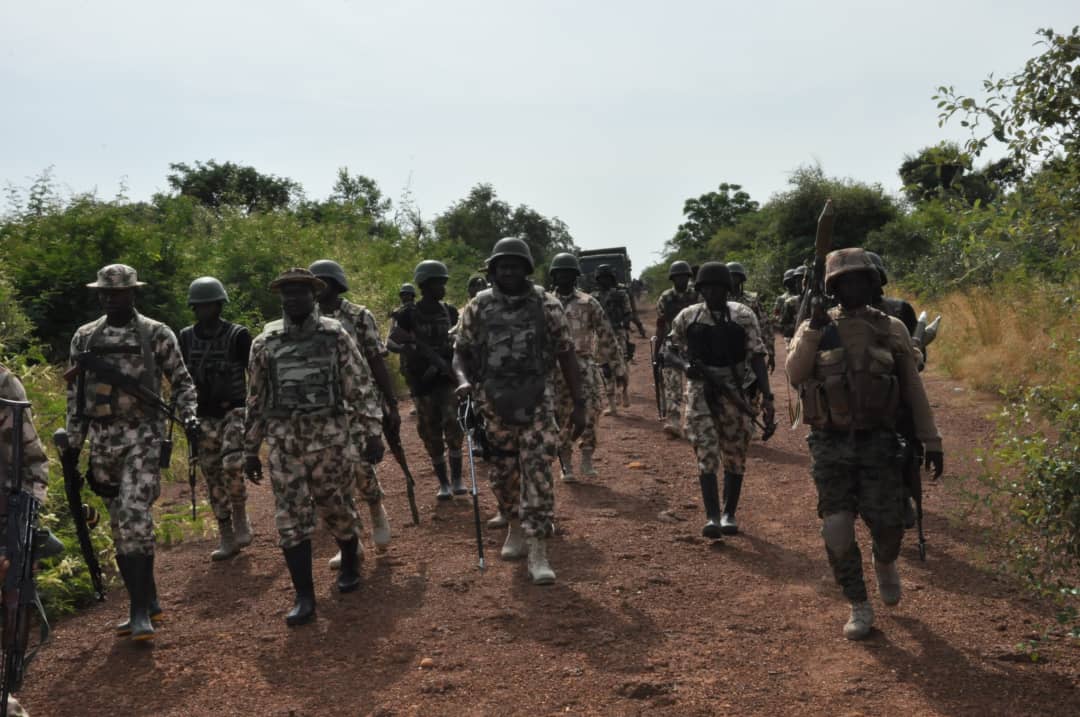 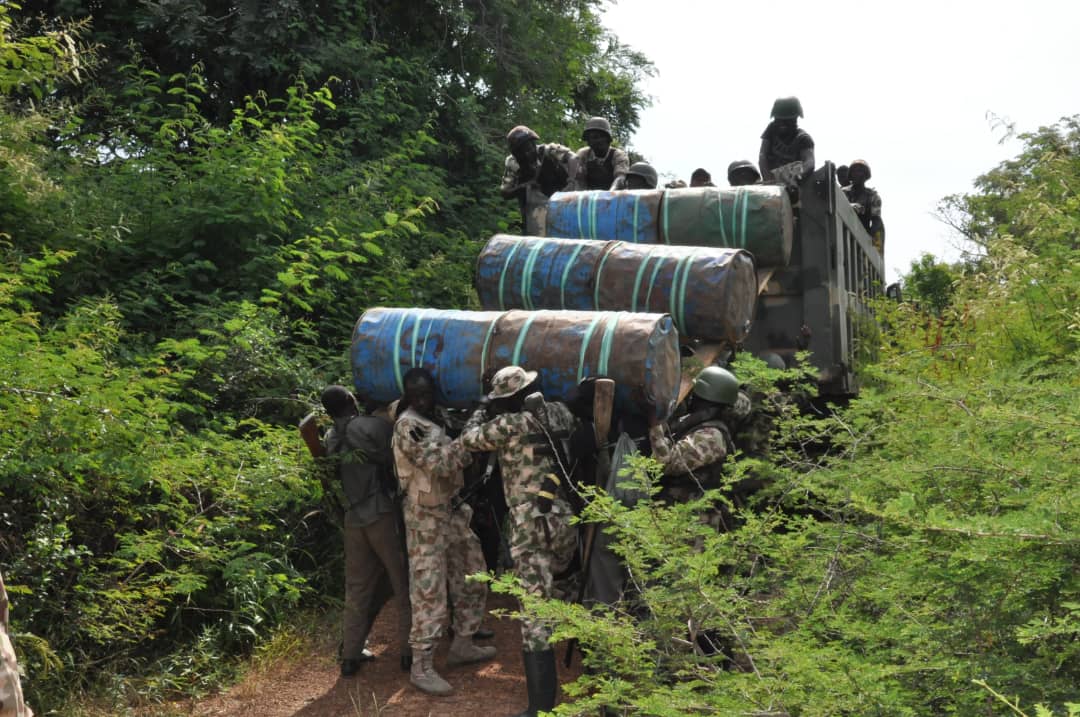 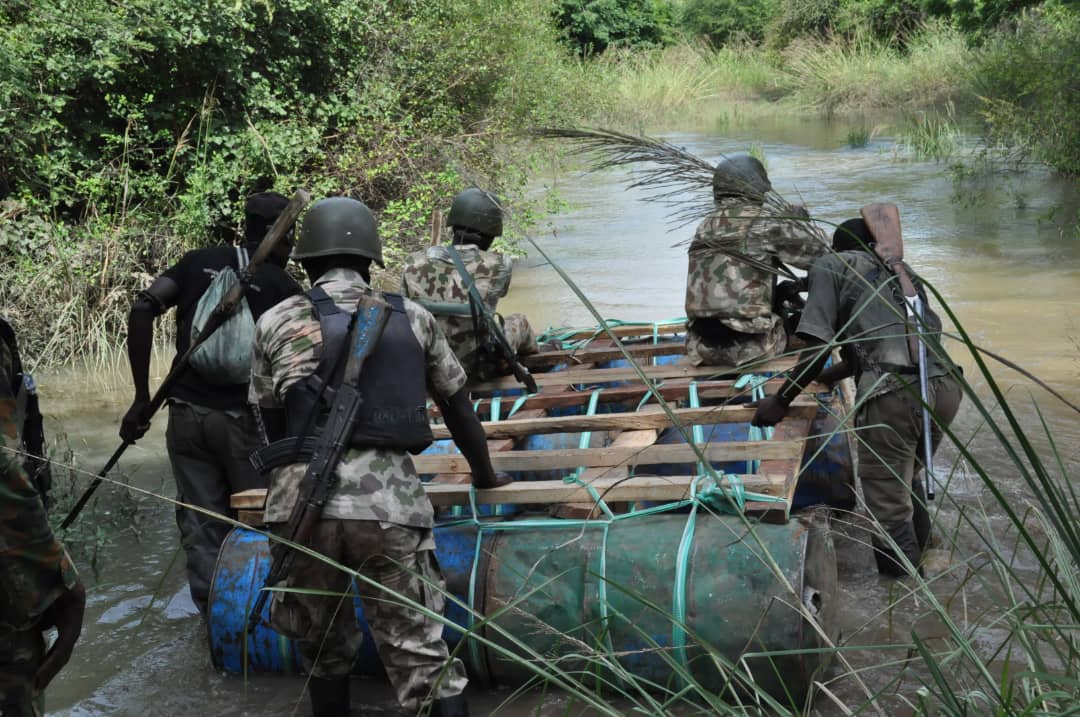 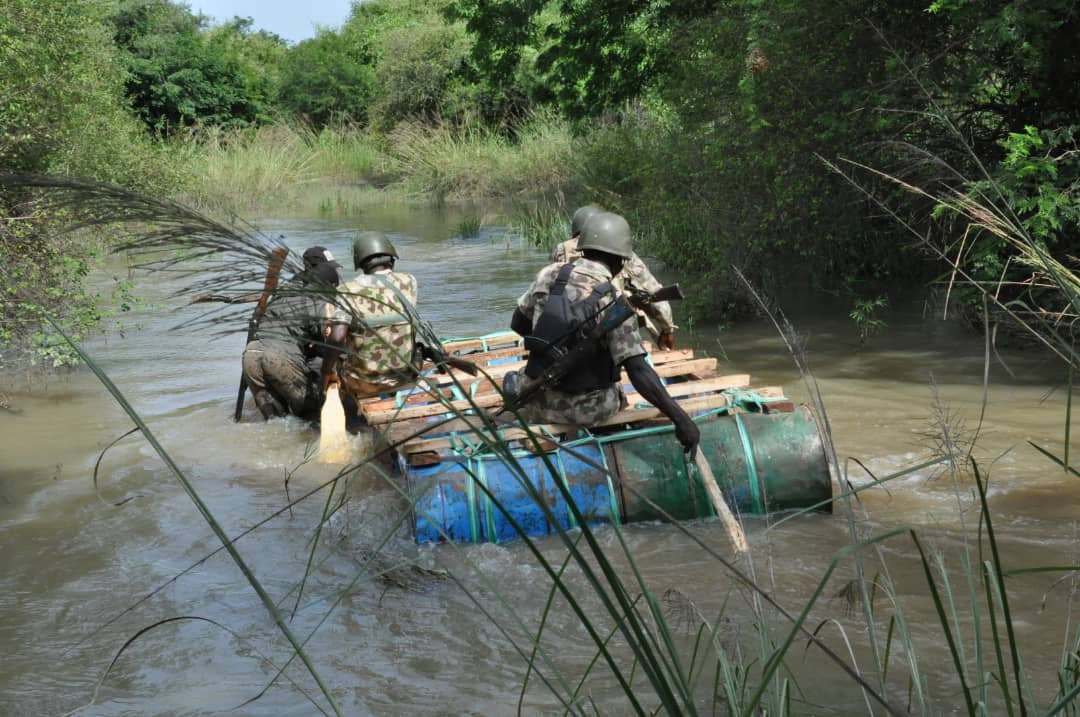