The People’s Democratic Party (PDP) in Plateau state has passed a vote of no confidence and suspended the state chairman, Damishi Sango and deputy, Amos Gombi, for alleged mismanagement of funds.

According to Channels Television: The funds, according to the party were meant for the just concluded presidential elections and party affair, as well as help internally displaced persons which cannot be accounted for by the duo. The resolution was reached after an executive meeting on Wednesday

“That the resources sent to the state for the presidential elections were not accounted for by the chairman, aided by the deputy chairman, concealed the amount sent by the presidential campaign committee and created a fraudulent unseen template used as a ‘sharing formula’ unknown to the state party structure and up till date no disclosure has been made by the chairman and/or the deputy chairman.

“The sums of money raised and saved by the party to help internally displaced persons (IDP’s) relieve their pains, were also not accounted for up till this moment. No mention has been made of the stated funds.

“It is worthy to note that the deputy chairman is the chairman committee on IDPs for the party,” the executives stated.

Meanwhile, the Party chairman in a reaction described the resolution as unconstitutional and unacceptable because neither he nor the deputy were confronted with any allegation and were not even given any opportunity at any point in time to defend themselves.

“I was not invited to the meeting of the executives, even as the chairman nor the deputy and there was no time that I was accused of mismanaging any funds which I was asked to defend.

“What is happening is a coup and some people are dancing to the tune of unseen hands that are bent on destroying the party.”

The chairman stated that over 40 members were in the committee including senators as well as some members of the executive who handled the presidential campaign.

With the suspension of the State Chairman and the Deputy, the state Vice Chairman, Northern Senatorial zone, Hon. Chris Hassan has been given the mandate to take over the leadership of the party in an acting capacity.

See the Document below: 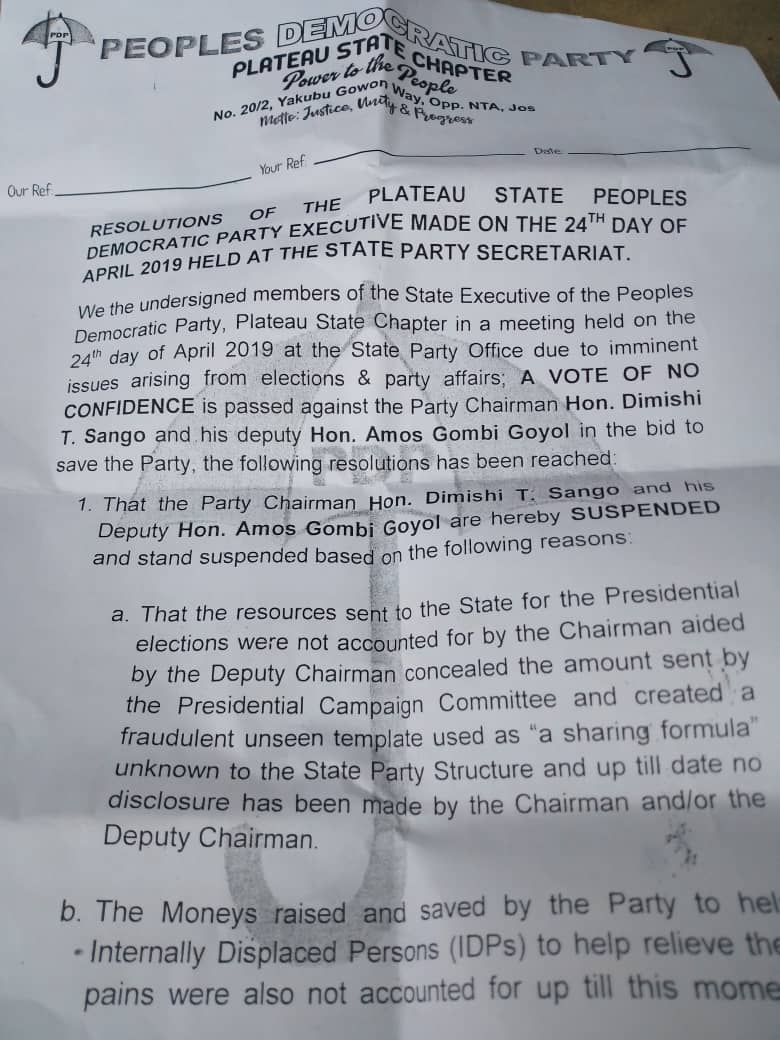 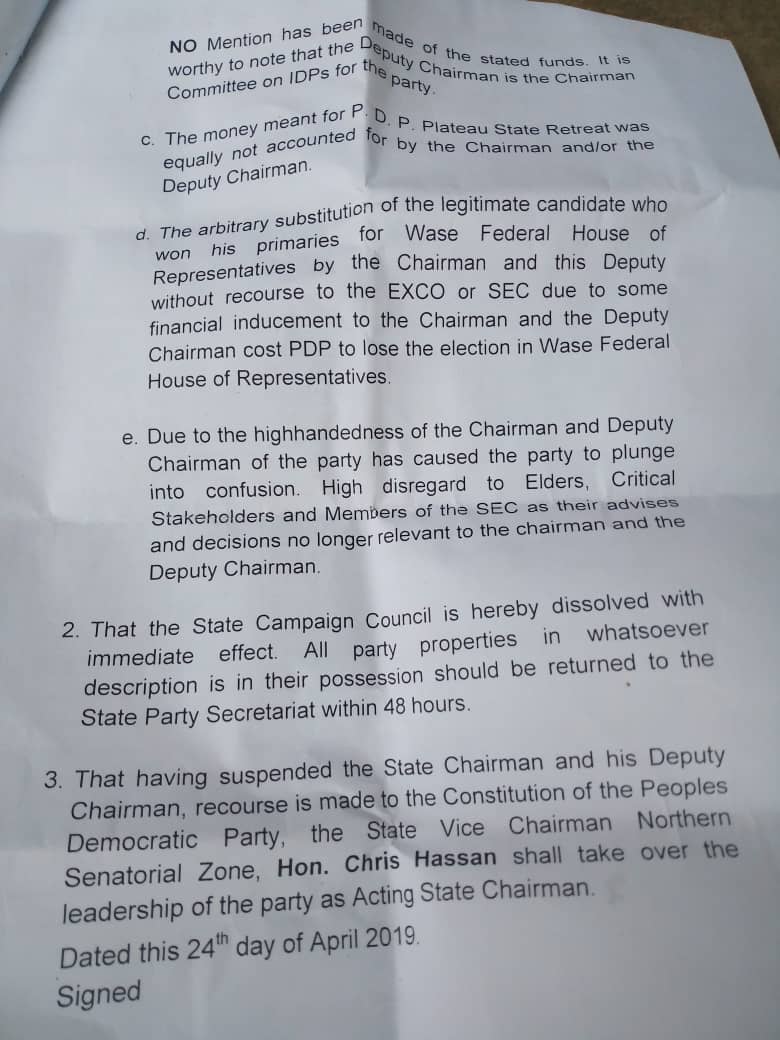 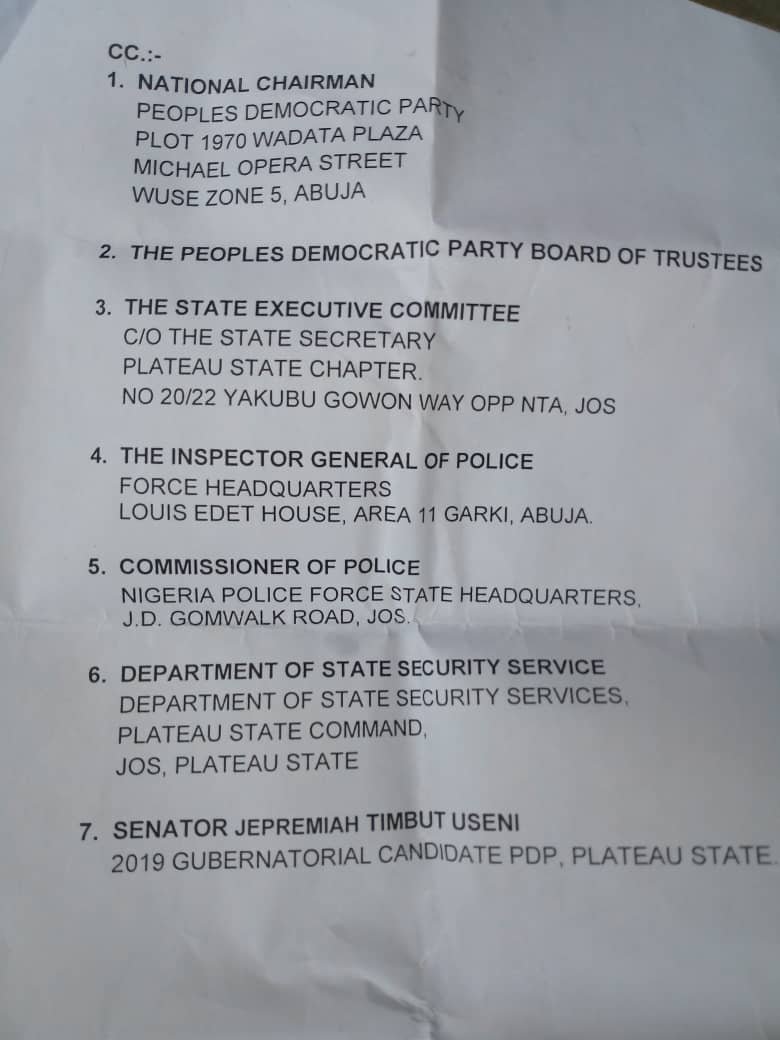 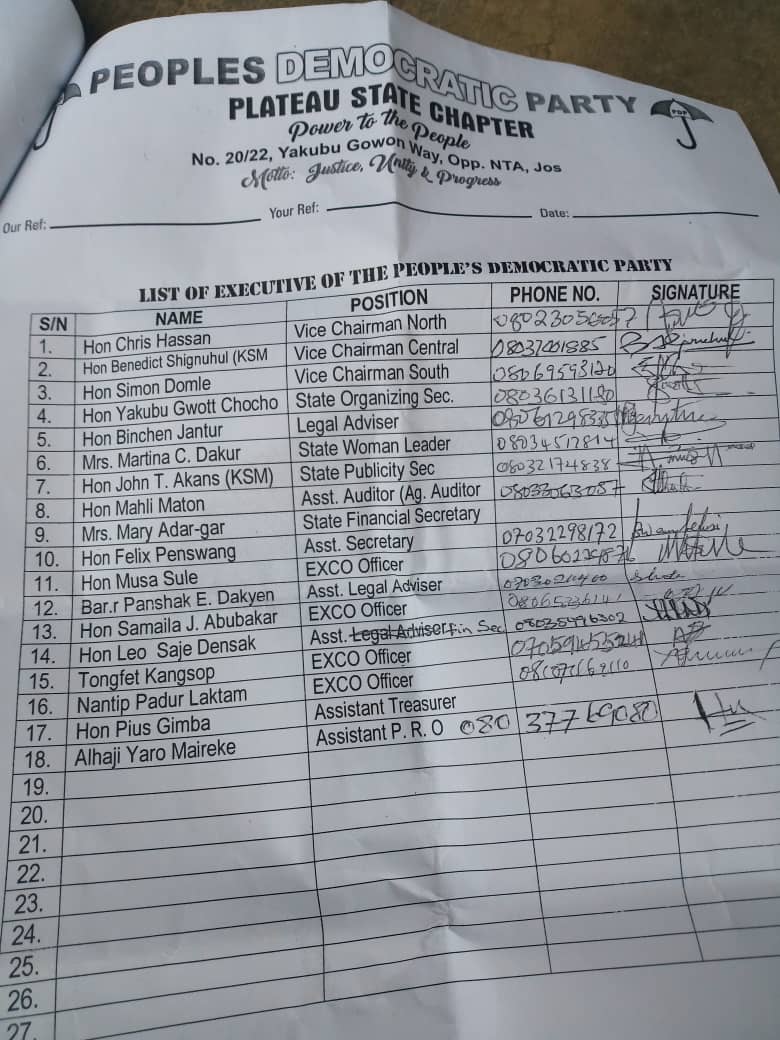