No fewer than 30 IPOB members have been spotted in Japan patiently waiting for the arrival of President Muhammadu Buhari who is scheduled to attend the 7th Tokyo International Conference on African Development.

NigDailyreport had earlier reported that the national leader of IPOB issued a directive that members of IPOB to disgrace President Muhammadu Buhari as he visits the republic of Japan after 10 days the former deputy senate president and sitting senator Ike Ekeremadu was molested and disgraced by IPOB members in Germany.

Inspite of threats by the national leader of IPOB and its members, President Muhammadu Buhari departed Abuja for Japan yesterday evening August 25th and we learnt that he has arrived safely in Japan.

See more photos of the IPOB members in Japan below 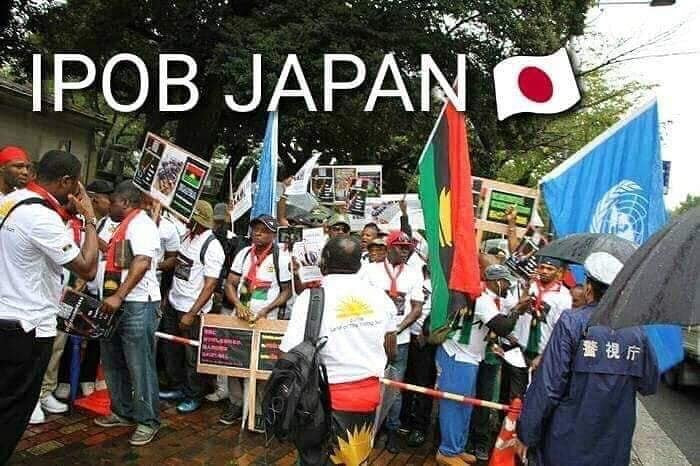 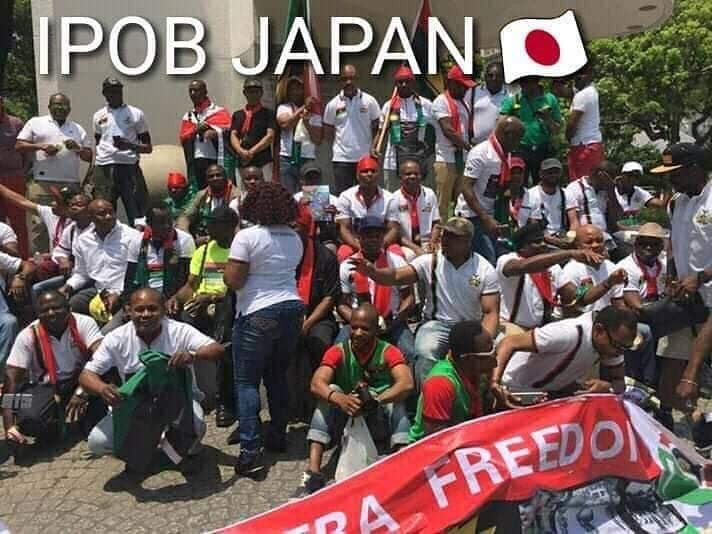 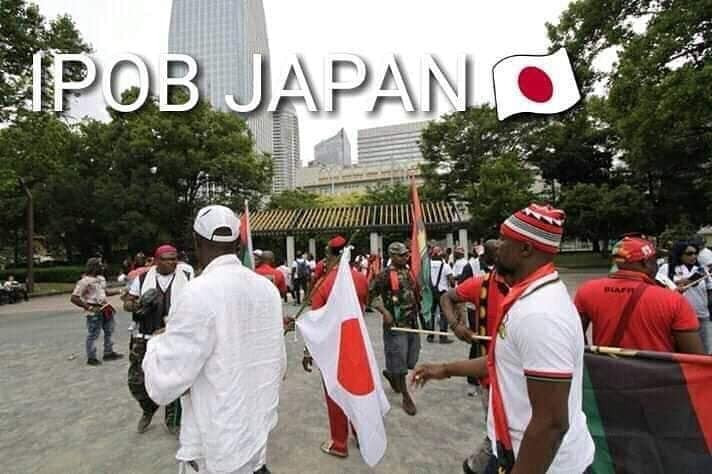 In other news, following the recent modus operandi deployed by the Indigenous People of Biafra (IPOB) in foreign countries, the Concerned Citizens Forum (CCF) has alerted the United States, United Kingdom and other nations to be wary of the terrorist group.