According to Punch Metro: Ogueche was allegedly shot dead while returning from a peace meeting between his kinsmen and Fulani herdsmen in the state capital on Wednesday along the Iwolo Road in the Ezeagu Local Government Area of the state.

It was gathered that the peace meeting was summoned by the Special Adviser to Governor Ifeanyi Ugwuanyi on Security Matters, Brig. Gen. Fred Eze (retd.). The meeting was said to have been held between community members and the herdsmen in Uzo-Uwani.

Ogueche was said to have attended the meeting as the Administrative Secretary of the Uzo-Uwani Local Government Council.

Sources said the killing might have been aimed at provoking another round of crisis between the herdsmen and the people of Uzo-Uwani. 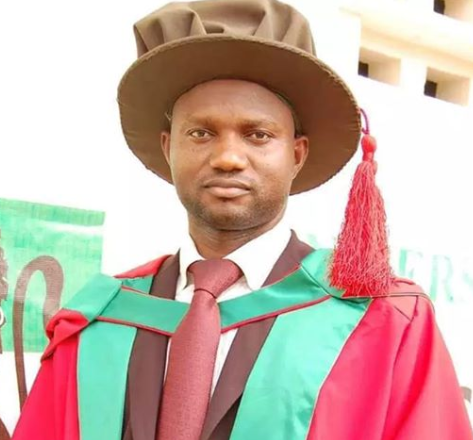 Punch Metro also report that the late Ogueche was appointed at the meeting as a member of a team to assess the extent of damage of yam barns in Adaba, his community, and Umulokpa, alleged to have been destroyed by herders in the area.

Briefing journalists on the activities of the command in stemming insecurity, the CP promised to bring the perpetrators of the killings to justice, just as he paraded five herdsmen alleged to specialise in kidnapping in the state.

Balarabe also paraded seven other suspects, who were arrested for various crimes, ranging from armed robbery to murder.

On July 4, 2018, Rev. Fr. Paulinus Udewangu of the St. Mark Catholic Church, Nsude in the Udi Local Government Area of the state was kidnapped while undertaking his routine jogging.

Addressing journalists on the killing of Fr. Ugwu, the Catholic Bishop of Enugu Diocese, Most Rev. Callistus Onaga, called on the police to fish out the killers.

Bishop Onaga decried the spate of violent killings around the country and advised Christians to intensify their prayers for the survival of the country.