Definitely, this year edition of BBNaija “PepperDem” edition has come to an end as Mercy Eke emerged as the winner of 2019 edition yet hours after the show, the festivity and joyful moods have refused to go away as many Nigerians including celebrities have began to pour out their minds. 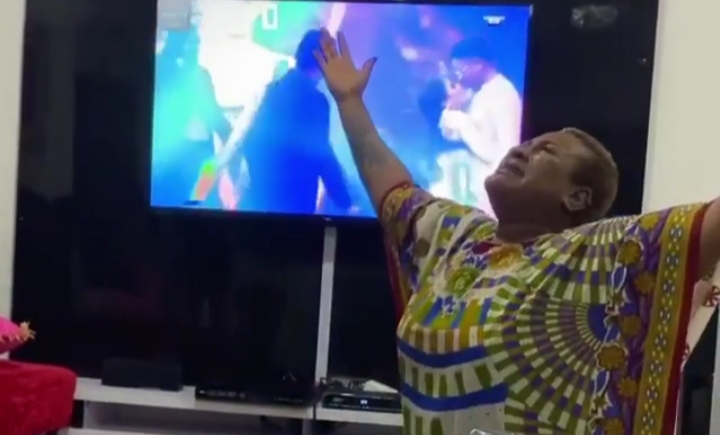 Popular Nollywood actress, Nkechi Blessing known for her “large bumbum” has reacted to the victory of Blessing Eke as the winner of 2019 Big Brother Naija “PepperDem” edition by saying that “God should take her life the very first day she stopped serving him.

According to the Yoruba actress post shared on her Instagram page @nkechiblessingsunday, she expressed her happiness and unlimited joy as Mercy Eke won the reality TV Show and also recounted on how she fasted and prayed for her and every winner of the reality TV show every since the show started.

I repeat,Dear Lord**The Very day I stop serving you,pls Take my life🙏🏻…I fasted low key and u answered and showed me MERCY🙏🏻…I was for EFE**He won,I stood for MIRACLE ** He Won,to you all it’s just a game,but to me it’s more than just a game…Women Peay to God to instill LOVE in your heart,to always support each other genuinely,Some said I was doing it for the gram,I agree😊 it’s not even about gender what ever,cus at some point in time we all need men in our lives,but the fact remains**WOMEN who say we sef no fit become PRESIDENT? On that note congratulations to the one and only queen of highlights 👊🏻 Mercy I fucking love you❤️ The sky is your starting point @official_mercyeke ❤️❤️❤️

NIGDAILY REPORT  had earlier reported that Big Brother Naija 2019 grand finale is finally here and the most popular reality Tv show in Africa has announced its winner after 99 days of thrilling and keeping fans all over Nigeria, Africa and possibly the World glued to the show.

With many controversies and issues been raised all through its airing time frame. The show led to trends in the social sphere for many weeks and finally, it has come to an end.

The WINNER of the BBNaija Pepper Dem Show is Mercy.