Two of Nigeria’s biggest music exports, Wizkid and Yemi Alade have been announced as the official headliners for the debut edition of the ‘1Dance Africa’ Afrobeats concert series, holding in Australia.

Tanzanian singer, Harmonize will also join Wizkid and Yemi Alade in making Africans proud in Australia, as the third headliner of the two-day concert scheduled for Friday, October 11, at Hordern Pavilion, Sydney and Saturday, October 12, in Festival Hall, Melbourne.

The Afrobeats music genre, popularized by Nigeria musicians, is currently one of the most accepted music movements in the world, the music has exposed the continent of Africa to international audience, through collaborations and sampling.

Recently, Beyonce enlisted a couple of African artistes, including Nigerian musicians Wizkid, Yemi Alade, Burna Boy, Tiwa Savage, Mr. Eazi and Tekno for her latest music album, ‘The Lion King: The Gift’. The album has since received wide acceptance from the continent due to its heavy imbue of afrobeats.

Wizkid, the first ever Nigerian artist to top the Billboard 100 chart, and the first-ever Nigerian artist to reach one million followers on Twitter, is considered by many to be the world’s biggest name in Afrobeats. From the huge success on his first album ‘Superstar’, to collaborating with Drake on his number one hit “One Dance” in 2016 and again in 2017 on his own track “Come Closer”, with marks he has left in his home country and abroad, Wizkid is an artist in high demand, with a stunning tone and rhythmic capability that allows him to easily flow between the hip hop and African music genres. 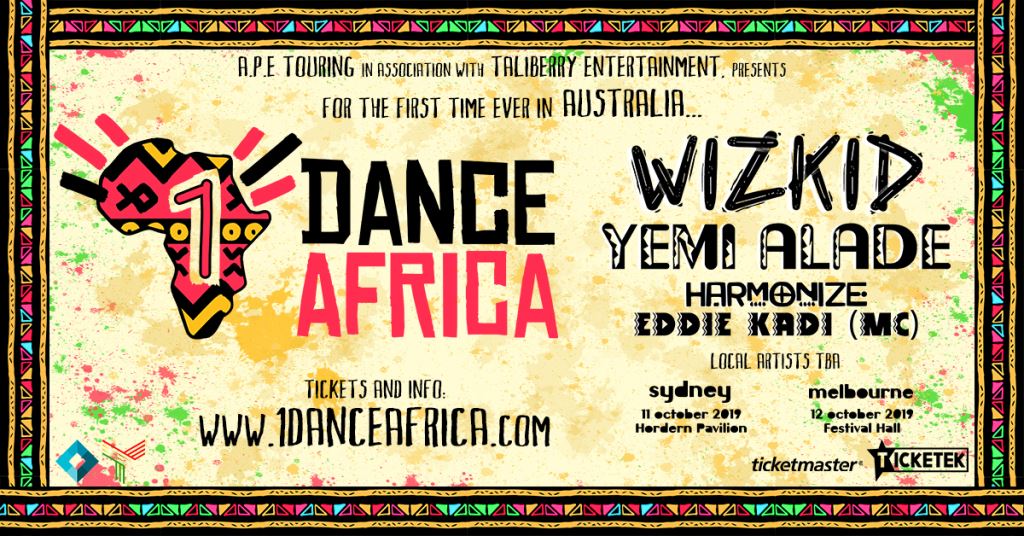 Yemi Alade is widely regarded as the leading lady of Afrobeats music, making her mark on an international scale.  With record-breaking YouTube videos and recently hitting an impressive 1 million YouTube subscribers, the first African artists channel to do so. Yemi is a powerhouse to be reckoned with as she grows a list of awards and the commercial success for her music.

Her latest album ‘Mama Africa’ reached number one on Africa’s iTunes chart. After winning The Peak Talent Show in 2009, her second single “Johnny” became the most watched Nigerian music video on YouTube with a massive 89 million views. This year alone Yemi Alade has dropped a Rick Ross remix of her 2018 hit “Oh My Gosh” and released a new high-energy dancefloor track “Bounce”.

Tanzanian songwriter and dancer Harmonize is best known for his hit song “Kwanwyaru” featuring Diamond Platnumz, and his feature on Rich Mavoko’s hit “Show Me”. After beginning his career in 2011, his huge commercial success has seen him win awards from WatsUp TV, AFRIMMA and AEA in the US, as well as being named one of MTV Base’s “Ones to Watch for 2017”. He has also amassed a significant online following with over one million subscribers on YouTube.

The headliners will be visiting Australia for the first time for the concert series which will be MC’d by the hilarious world-renowned British-based, African-born comedian Eddie Kadi.

Eddie Kadi is internationally regarded for his quick wit, refreshing thought provoking material. A king of comedy on the world stage with huge popular appeal, Eddie Kadi proudly incorporates his African culture and upbringing into his material, having recently hosted a travel show My African Passport for VoxAfrica UK.